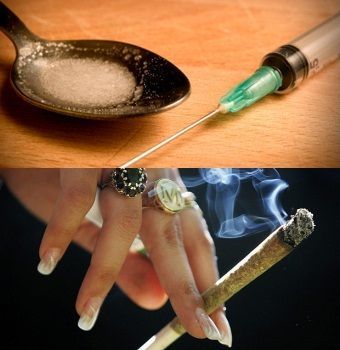 Medical marijuana is a solution to America’s opioid crisis. According to the National Institute on Drug Abuse, more than 90 Americans die of an opioid overdose every day. That’s more than 32,000 Americans a year who are killed by opioids and the number is only increasing. Unlike opioids, marijuana has never been shown to cause an overdose death, according to the DEA (Drug Enforcement Agency).

There is already strong evidence that medical marijuana reduces opioid overdose deaths. A study in 2014 found that opioid deaths in states that legalized medical marijuana dropped by 25%. Why is medical marijuana not legal in every state already? The answer is that marijuana is still classified as a schedule 1 drug by the Federal government. While individual states have been legalizing marijuana for medical and recreational use, it is still illegal on the Federal level. Attitudes are changing however.

The main arguments against legalizing medical marijuana is the dangers to the cardiovascular system that come from smoking it, studies that have shown a negative affect on teenagers who use it recreationally, and that there is no set “dose.” While there is obviously a risk to the body from smoking marijuana, this danger is eliminated by using medical marijuana with a vaporizer or ingesting it after it has been specially prepared. Also, the studies that have shown mental and physical impairment of teens who used it recreationally are by no means conclusive. Finally, states like Pennsylvania have started to set “doses” of medical marijuana by regulating it to oil form with set quantities, THC/CBD levels (the primary psychoactive drugs in marijuana) and set amounts purchasable per month.

While opioids (also known as opiates and narcotics) will always have a place treating severe cases of pain, prescription opioids like OxyContin, Vicodin and Percocet, have been shown to set people on the path to heroin addiction and finally Fentanyl or Carfentanil overdose and death. Medical marijuana is a far, far safer alternative to opioids for pain management. We can end America’s opioid crisis by getting medical marijuana to people. How many more have to overdose and die before the Federal and state governments all come around?

Live in Pennsylvania? Check out Medical Marijuana Pennsylvania’s guide to getting medical marijuana in PA.